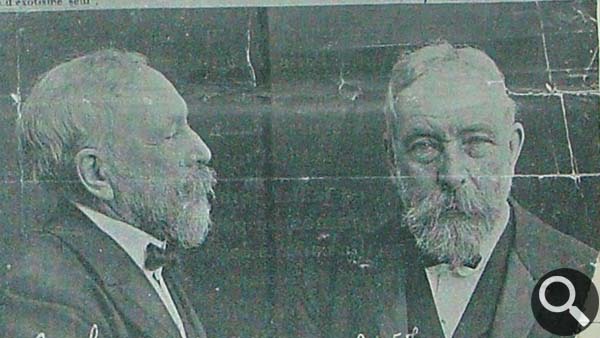 When Charles Wells Broke The Bank

Most people who saw Charles Wells enter the world’s most famous casino for the first time while visiting Monaco in July 1891 probably would have pitied him. Little would they have known that, within hours, he would be the talk of the town for breaking the bank at the Monte Carlo.

Described as an ordinary-looking, bald Englishman with a paunch, Charles Deville Wells reportedly managed to repeat his remarkable wins several more times during successive visits. What was his secret, and how did a man with no discernible profession amass the bankrolls for his gaming sprees? Let’s find out.

Truth magazine once wrote that Charles Wells was the biggest swindler alive. At some point in the 1880s, he rented a luxurious office in London’s Great Portland Street, where he worked as an inventor of sorts.

Long before breaking the bank at the Monte Carlo Casino, Wells invented bogus inventions and took out provisional patents on them at the city’s Patent Office. He paid £1 per invention, and then sold rights to the patents for a tidy profit.

Off To Monte Carlo

Charles Wells received some £50,000 from his scheme. In the 1880s, when disgruntled investors started asking where their returns were, he high-tailed it out of London.

Wells headed for Monaco, a Mediterranean playground of the rich and famous, but he wasn’t interested in the cafes, restaurants, or the beach. Instead, he headed straight for the Monte Carlo Casino. No one actually knows if Wells cheated, used a sports betting system, or simply was lucky. Whatever he did, by the third and final day of his visit, he was being entertained by aristocracy.

How He Did It Initially

The number 5 played an important role when Charles Wells broke the bank at one of the Monte Carlo’s Roulette tables. He started off by betting the 180 franc-maximum on 5, and then placed the 6,000-franc maximum bets allowed on numbers under 19, odd numbers, and red.

He also placed the maximum bets allowed on all the other possible bets that included the number, such as the column, the dozen, carré, cheval, and transversal. The dealer spun the wheel, dropped the ball in, and when it eventually stopped spinning, he announced 5 as the winning number. The payout was in the region of 90,000; more than enough to clean out the table’s bank.

Play was halted, the table was ceremoniously shrouded in black while the dealer, Wells, and a crowd of players and onlookers waited for more money to be brought from the vault.

Charles Wells visited the famous casino again on that first visit, and he returned in November 1891. He reportedly visited a couple more times in later years, but he seemed more interested in conning people to maintain his lavish lifestyle aboard his private yacht.

This time, he set up what basically were Ponzi schemes in Britain and France. He was arrested in Britain and sent to France in 1912. A Paris court sentenced him to 5 years in prison. Wells is believed to have died in 1922.

How To Play Bingo Games While Watching TV